What are you looking for?

by Frank Brenner on March 28, 2021 in Testimonials

At first, I was a bit skeptical about all the praise Linkwitz speakers keep receiving. Especially the claim that they would sound so much different from most commercial speakers. 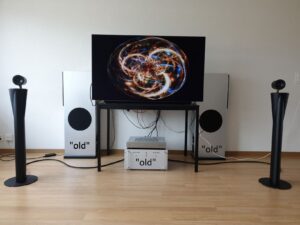 But now I can honestly say that SL’s promises were not empty. LXsirius together with Frank Brenner’s PowerBox 6pro NCore precision analog sounds better than anything I have heard before. I did not deem it possible for the sound stage to extend beyond the speakers in a stereo arrangement. (Damian G. , Switzerland)

… as Mr Linkwitz predicts, the LXmini (with PowerBox) has become the reference by which we judge other components, and recordings as well. Thanks again.
(James S., USA, LXmini and PowerBox)

Hi Frank – just wanted to let you know the ASP powered up fine and all test points checked out. Used a TI TPS7A-based linear power supply. It is making sweet music as I write! I find it more resolving and smoother than the miniDSP2x4. The top end, in particular, is a noticeable step-up and that alone makes the ASP worthwhile in my estimation. Thanks again, and I suspect you may have one or two more sales to this little island. (Derek, Barbados –LXmini+2 with LXmini ASP) 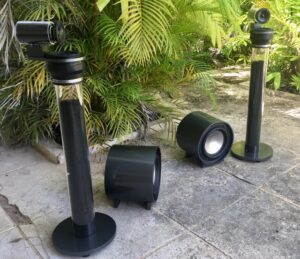 “…very nice sound. Finally, I have a set-up that does justice to these speakers. Thank you! No more digital filtering going through multiple different DACs to feed each input of the speakers. Bass seems plenty in my small room just with the 5-inch SEAS driver of the LXmini. I’ll listen in without any sub for a while. …ASP is a very worthwhile upgrade IMO! ” (Martin C. Ontario, CAN)

STEREOPHILEs “Reichert on Sunday” experienced the magic of LXmini and LX521 during RMAF (Denver): “The sound was so good that I am now a bout to go against my whole belief system and state: In the 4th and 5th Atrium floors that I covered, the best sound I heard was the in room with the lowest price system! The Linkwitzlab’s LXmini loudspeakers. But, the larger,.., quad-amplified LX521, shown above, provided even more satisfying results.”

Frank,
The sound is just amazing. I am delighted. With LXSub2, these are so different speakers. And it is not that there is more bass. Bass is just more swift but everything else is better, other frequencies, details, space, air. You probably know this yourself…
I play the sound from ROON, through HQ Player and then to AFI USB. Both: the HQ Player and AFI USB make the difference.
Thanks again for all the effort. (Marcin S. Poland)

“… Thank you very much for your experienced tips and advices. Dipolar bass is addictive now! Wow! It has some unusual character that I had never experienced in my life and makes a delight to follow the phrasing in bassists, for example. LXSub2 is a marvel from my point of view and a allows a very well thought way to mechanically dampen room modes without additional digital processing. Its sound resembles me the “real thing” a lot (I was double bass player when younger)…”

We use cookies on our website to give you the most relevant experience by remembering your preferences and repeat visits. By clicking “Accept”, you consent to the use of ALL the cookies.
Cookie settingsACCEPT
Manage consent

This website uses cookies to improve your experience while you navigate through the website. Out of these, the cookies that are categorized as necessary are stored on your browser as they are essential for the working of basic functionalities of the website. We also use third-party cookies that help us analyze and understand how you use this website. These cookies will be stored in your browser only with your consent. You also have the option to opt-out of these cookies. But opting out of some of these cookies may affect your browsing experience.
Necessary Always Enabled
Necessary cookies are absolutely essential for the website to function properly. These cookies ensure basic functionalities and security features of the website, anonymously.
Functional
Functional cookies help to perform certain functionalities like sharing the content of the website on social media platforms, collect feedbacks, and other third-party features.
Performance
Performance cookies are used to understand and analyze the key performance indexes of the website which helps in delivering a better user experience for the visitors.
Analytics
Analytical cookies are used to understand how visitors interact with the website. These cookies help provide information on metrics the number of visitors, bounce rate, traffic source, etc.
Advertisement
Advertisement cookies are used to provide visitors with relevant ads and marketing campaigns. These cookies track visitors across websites and collect information to provide customized ads.
Others
Other uncategorized cookies are those that are being analyzed and have not been classified into a category as yet.
SAVE & ACCEPT